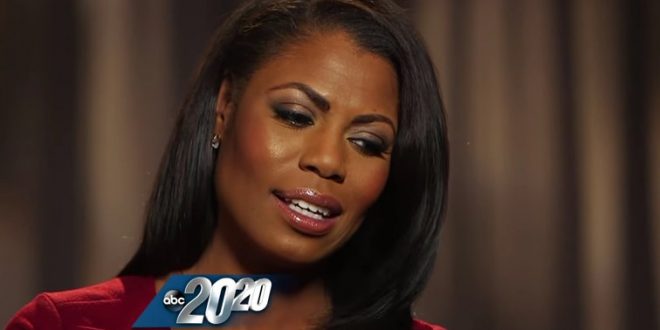 She may be out of the “Big Brother” house, but Omarosa is keeping the White House gossip coming. President Trump’s former aide lent her two cents to the discussion over the President’s infamous “s–thole countries” remark by tweeting directly to Nigerian President Muhammadu Buhari. “President @MBuhari FYI he said it. #Naija,” she wrote on Monday.

Omarosa’s pointed contribution came hours after Trump was asked directly at a press conference with Buhari about the veracity of reports from January that claimed he referred to immigrants from Haiti, El Salvador and African countries as coming from “s–thole countries” in a closed-door Oval Office meeting with lawmakers.

Buhari was in town Monday and tiptoed around a question involving the controversial remark, opting not to put Trump on blast. “Well, I’m very careful about what the press says about people other than myself,” he said. “I’m not sure about the validity or whether that allegation against the President was true or not so the best thing for me is to keep quiet.”