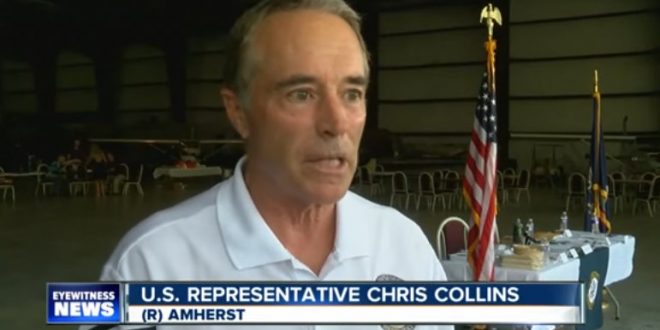 The former Green Party candidate in a congressional race has been exposed as a Republican plant with ties to the GOP congressman he supposedly sought to challenge. Michael Zak petitioned to run under the Green Party ticket in New York’s 27th congressional district, a seat currently held by Rep. Chris Collins.

The Green Party and Democrats say Kostecky’s involvement is a clear sign that Collins was behind Zak’s candidacy, which they say was nothing more than an obvious effort to siphon votes away from Collins’ Democratic opponent, Nate McMurray.

Collins, who is currently facing potential insider trading charges, was the first sitting member of Congress to endorse Trump for president.