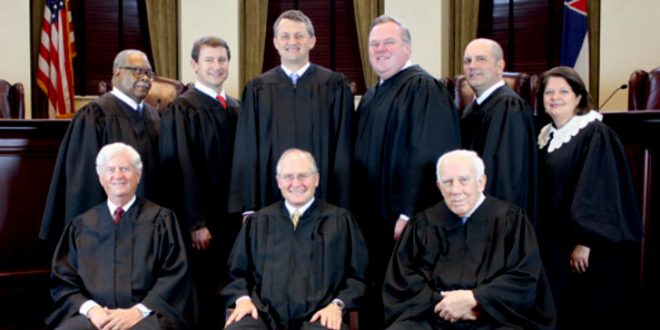 Mississippi’s Supreme Court ruled Thursday that a woman has parental rights to a 6-year-old boy born to her ex-wife when the two were married, in a case watched by gay rights activists and groups aiding in vitro fertilization.

Christina “Chris” Strickland brought the appeal, challenging a lower court decision that an anonymous sperm donor still had parental rights and that Strickland did not. Strickland ultimately hopes to win 50-50 custody of Zayden Strickland, who bears her last name and was born by Kimberly Day through artificial means when Day and Strickland were married.

“I’m on cloud nine right now,” Strickland said by phone. “I knew I was my son’s mother from the start and I would be at the end and this just confirms it with the Supreme Court backing me 100 percent.”

“Today’s ruling is confirmation for thousands of married couples in Mississippi who know that the love, care, and responsibility that comes with being a mom or dad goes far beyond the blood relationship of an anonymous sperm donor,” said Beth Littrell, Lambda Legal Counsel.

“The Court recognized that marriage equality as the law of the land in Mississippi. No matter the gender of your spouse, all married couples and their children now receive the same respect for their parent-child relationships when they bring children into their families through reproductive technology.”

Today’s ruling by the Mississippi Supreme Court adheres to the U.S. Supreme Court’s 2015 marriage ruling in Obergefell v. Hodges by calling for greater respect for the families formed by same-sex couples and their recognition as full-fledged parents of their children. The Court reversed the trial court’s ruling that Strickland was a non-parent and named her on her son’s birth certificate as a parent. The two moms will return to the trial court on equal footing to determine custody.

Back in November, Roy Moore’s hate group, the Foundation For Moral Law, filed an amicus brief in the case, arguing, “The Constitution of the United States does not require a state supreme court to hold that a woman can be a child’s father.”

Previous Evangelicals Plan Sit-Down With Trump Over Stormy
Next Trey Gowdy: Congress Was A Waste Of Time [VIDEO]