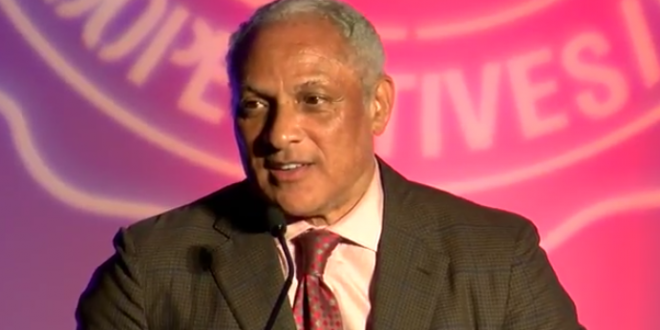 Former congressman Mike Espy said on his website Friday that he wants to rise above party and partisan wrangling as he pursues the seat longtime Republican Sen. Thad Cochran resigned from on April 1 due to failing health. Mississippi Gov. Phil Bryant appointed the state’s Commissioner of Agriculture and Commerce Cindy Hyde-Smith to the seat. But she faces a spirited challenge from conservative Chris McDaniel. Espy was agriculture secretary during Bill Clinton’s administration. The special election will be held on the same day as the rest of the midterm elections: Nov. 6.

While a member of Bill Clinton’s cabinet, Espy was the target of a corruption investigation that Trump’s legal team may attempt to exploit.

The high-profile Espy case featured a protracted battle over White House documents and was a legal test over how far presidential privilege could extend when potential crimes are at stake. And it could have implications for some of the most sensitive aspects of Mueller’s inquiry, including the examination into possible obstruction of justice related to the abrupt dismissal of former FBI director James Comey and former national security adviser Michael Flynn.

In the Espy case, an appellate court concluded that the Clinton White House’s claim of presidential privilege – the central argument for withholding dozens of documents prosecutors requested – was sound. Espy was eventually acquitted of corruption charges related to his acceptance of travel and other gifts, and the court ruling helped provide political and legal cover for the Clinton administration.