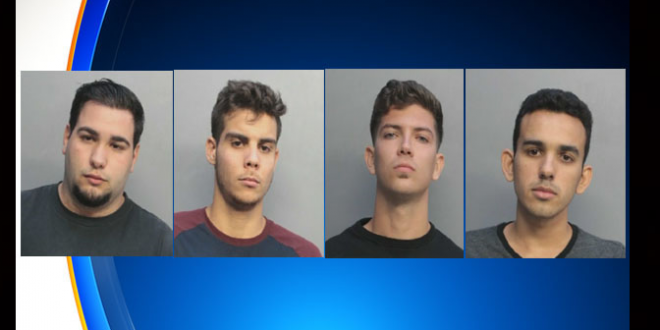 Four men have been released on bond after being arrested and accused of beating a gay couple. The four men — who police identified as 20-year-old Luis Alonso, 21-year-old Adonis Diaz, 21-year-old Juan C. Lopez and 21-year-old Pablo Reinaldo Romo — bonded out of jail on Wednesday. According to a Miami Beach Police spokesperson, all four men are facing aggravated battery felony charges. Each of the four men were being held on $7,500 bond. The State Attorney’s Office is still deciding whether the suspects will be charged with a hate crime.

The attack is getting media coverage in South America in part because one of the victims is a Colombian immigrant.

I can assure you & our community that my Hate Crimes Unit will evaluate this incident thoroughly. They have been working with @MiamiBeachPD since it occurred. Hate crimes can be enhanced under Florida law. #EqualityForAll https://t.co/k4h6C7zRCm