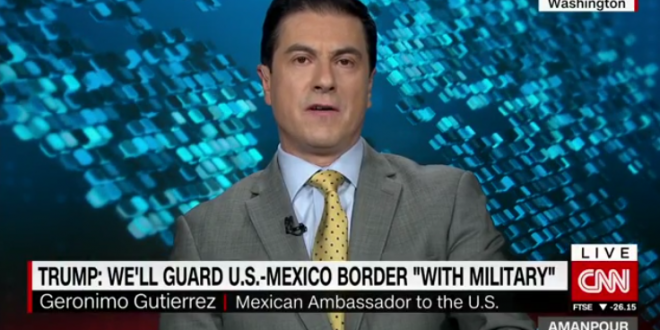 Mexico’s ambassador to the U.S. said Tuesday night that his country has formally asked the Trump administration to clarify the president’s announcement that he is planning to deploy troops along the U.S. southern border.

“The Mexican government has formally asked for clarification of the president’s statements, both through the State Department and the Homeland Security Department,” Gerónimo Gutiérrez said on CNN International, adding that he had personally spoken to Homeland Security Secretary Kirstjen Nielsen.

“The important thing is that both countries share the idea of having a secure border,” he added. “We don’t always agree in how to achieve that objective, and I do expect that, in the next few hours, we will get clarification on this issue.”

Mexico’s Ambassador to the U.S. says his country “has formally asked for clarification of the President’s statements” on militarizing the Mexican border https://t.co/qbtbzy8cRC https://t.co/oLzSQ5hUmn