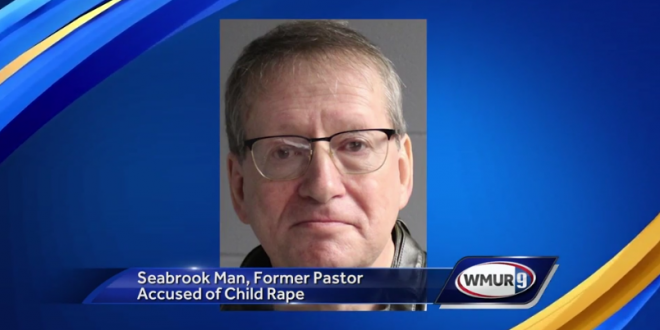 A Seabrook man is being held without bail after he was accused of raping a child while he was serving as a pastor in the Methodist Church. Russell Davis, 65, faces several charges in Massachusetts. Seabrook police said they arrested Davis Thursday on a fugitive from justice warrant. The Essex County District Attorney’s Office said he is being held without bail because he is still employed in the ministry and has access to children.

Davis pleaded not guilty in Newburyport District Court to charges out of Rowley, Massachusetts, of rape of a child with force and indecent assault and battery on a person 14 or over, and a charge of rape from Newbury, Massachusetts. Davis moved among several churches in Maine and Massachusetts after that until his license was discontinued in 2015. A spokesperson for the church would not say why his license was discontinued but said it was not related to sexual misconduct.