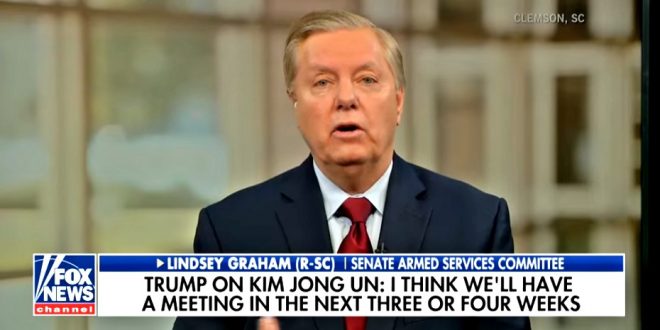 Lindsey Graham: I Want To Be There If Trump Wins The Nobel Because A Lot Of Liberals Would Kill Themselves

“President Trump, if he can lead us to ending the Korean War after 70 years and getting North Korea to give up their nuclear program in a verifiable way, deserves the Nobel Peace Prize and then some. I want to be there. It may be the first time the Nobel Peace Prize was given and there was mass casualties because I think a lot of liberals would kill themselves if they did that. But the bottom line is, by any objective measure what President Trump has done is historic.” – Sen. Lindsey Graham, speaking on Fox News.