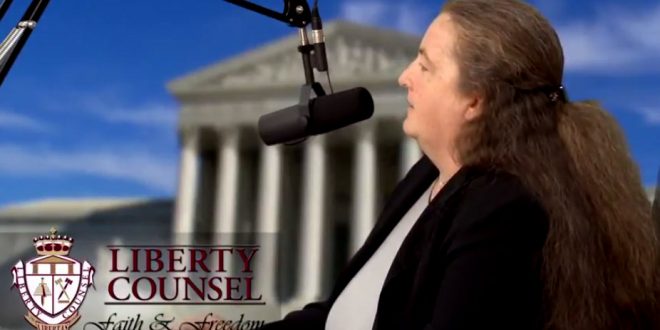 Mary McAlister, who is senior litigation counsel for the anti-LGBTQ organization Liberty Counsel, appeared on Cliff Kincaid’s “USA Survival” program yesterday, where she declared that sex ed programs in public schools are satanic.

McAlister and Kincaid were discussing the upcoming “Sex Ed Sit Out” effort being organized by Religious Right activist Elizabeth Johnston, who is better known as the “Activist Mommy,” which encourages parents to remove their children from school to protest what she sees as “graphic, gender-bending sex education.”

“It’s evil,” McAlister replied. “It’s absolutely evil. God has made us all in his image, he has set out for us rules for living that enable us to live rich and full and healthy lives and all of this that is going on now is directly aimed at tearing all of that down. Well, we know who does that. That’s the Enemy, that’s Satan and his minions.”