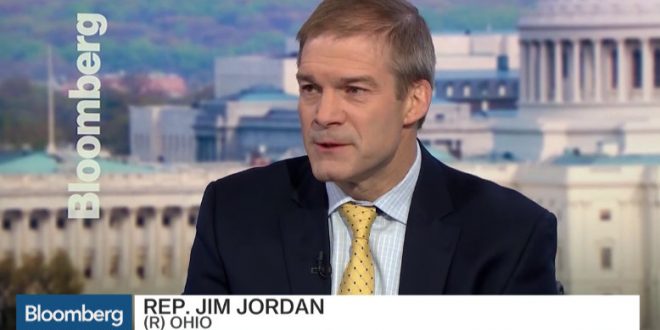 Rep. Paul Ryan’s announcement that he will not run for re-election this year has started some jockeying among his colleagues over who will replace him as speaker of the House.

FreedomWorks, a small-government group that is associated with the Koch brothers’ political networks, launched a petition campaign last week encouraging right-wing Rep. Jim Jordan to run for the position. FreedomWorks is continuing to push the petition online this week.

Jordan is not trying to tamp down the speculation, appearing on CNN and Fox News on Monday, where he made some of the same arguments he made on Tuesday’s Judicial Watch panel on the “deep state’s” supposed conspiracy to subvert justice in order to protect Hillary Clinton and take down Donald Trump.