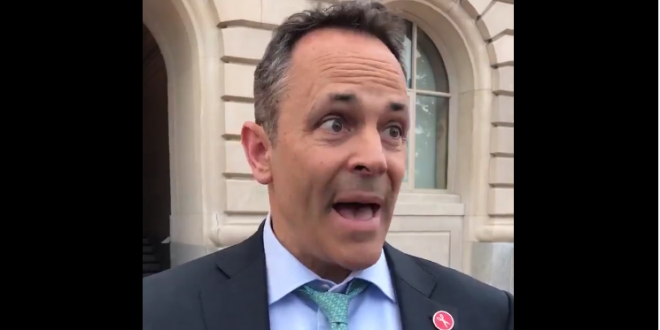 KENTUCKY: Gov Fauxpologizes For Claim That Children Were Raped And Poisoned Due To Teachers Strike

Kentucky Gov. Matt Bevin apologized Sunday for comments he made claiming children had been sexually abused or ingested poison while teachers were protesting in Frankfort last week. “The words that people say can have unintended consequences,” Bevin said in a video. “I apologize for those who have been hurt by the things that were said. … It was not my intent.”

The Republican governor has received a tremendous amount of backlash over the comment from educators as well as lawmakers, including members of his own party. On Saturday, a day after Bevin’s remarks, the Kentucky House of Representatives condemned the governor in two separate resolutions.

In his video, Bevin didn’t fully back down from his comments, saying he appreciates people who knew what he was trying to say. “For those of you who understand what I was saying, thank you,” Bevin said. “I know a tremendous amount of people didn’t fully appreciate what I was communicating.”

Bevin claimed that children had been raped, poisoned, and tried drugs for the first time because teachers were out on strike.