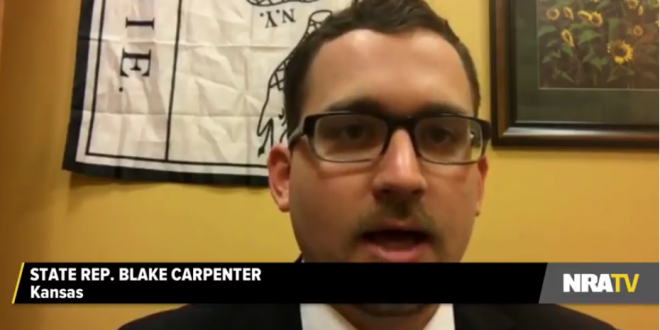 A Kansas bill that would pressure schools to allow teachers to carry guns would make it a crime to reveal who’s authorized to be armed in the classroom. That’s a little-noticed provision in House Bill 2789, the Staff As First Emergency Responder (or SAFER) Act, which was debated at a heavily attended House committee hearing at the Capitol this week.

Most of the debate has focused on two sections of the bill, one that would make it harder for schools to defend themselves from lawsuits over shootings if they don’t allow teachers to carry weapons, and another that would require insurance companies to cover schools that do arm their staffs. But the only criminal penalty in the bill would be for those who publicly identify teachers or other staff members who are authorized to carry a concealed weapon on school grounds.

Under the SAFER Act, parents would not, and could not, be informed by their school district if their child’s teacher is carrying a weapon in the classroom. School employees with access to the list of armed teachers would be subject to prosecution if they make it public.

The penalty for identifying an armed teacher is 30 days in jail. The bill’s author, GOP Rep. Blake Carpenter, has an A+ rating from the NRA and has appeared on NRA TV.

Previous FLORIDA: Man Rants About Immigrants On Way To Celebrate Jesus With Immigrant Wife He Cheated On
Next Gowdy: My Benghazi Probe Wasn’t “Hyper Focused” On Hillary, She Was Just One Of A Hundred Witnesses