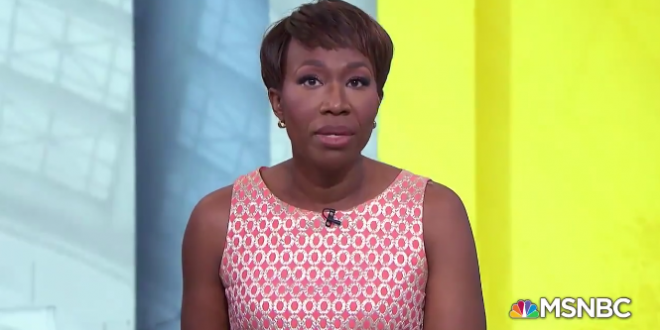 Joy-Ann Reid on Saturday apologized to the LGBTQ community for her past “hurtful” comments, following the resurfacing of homophobic blog posts from the mid-to-late 2000s. The host of MSNBC’s weekend show AM Joy has been under fire for newly uncovered blog posts published on Reid’s now-defunct blog, the Reid Report, in the mid-to late 2000s that repeatedly mocked gay people and specific individuals who were allegedly gay.

The posts, for example, suggested — without much, if any, evidence — that Tom Cruise, Karl Rove, and Chief Justice John Robert’s son are gay. Other posts made derogatory remarks about gay people, claiming that “most straight people cringe at the sight of two men kissing” and that “adult gay men tend to be attracted to very young, post-pubescent types.” One post acknowledged, “Does that make me homophobic? Probably.”

Reid said she doesn’t “believe” she wrote the anti-LGBTQ statements she has previously alleged were result of a cyberattack on her now-defunct blog. Reid added that the cybersecurity experts she hired to investigate the alleged cyberattack have not been able to prove that her blog had been hacked.

“I’ve not been exempt from being dumb or cruel or hurtful to the very people I want to advocate for,” Reid said. “I own that. I get it. And for that I am truly, truly sorry.” As HuffPost and other outlets have reported, only a pretty bizarre course of events would have led to those allegedly fraudulent homophobic blog posts.

“I genuinely do not believe I wrote those hateful things … But I can definitely understand, based on things I have tweeted and have written in the past, why some people don’t believe me.” pic.twitter.com/PWjdPfs5KB