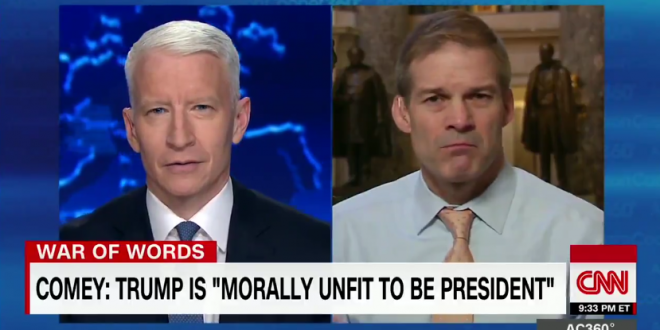 When Cooper asked if he agrees with Comey that Trump “lies a lot,” Jordan weaseled and deflected, turning the question back against Comey, Andrew McCabe, and even Cooper himself, who Jordan said has “probably said something that wasn’t 100% accurate.”

Cooper wasn’t having it and continued to press Jordan, asking again, “Have you ever heard the president lie?” Jordan replied, “I have not.” Cooper then somehow suppressed an eye roll, saying, “Really?”

Anderson Cooper: “Have you ever heard the President lie?”

Republican lawmaker Jim Jordan: “I have not.”