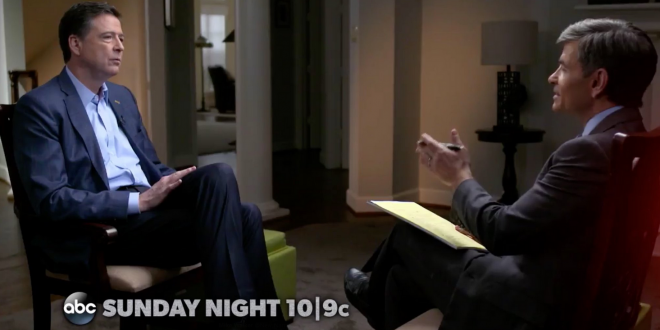 GMA previewed George Stephanopoulos‘ interview with James Comey on Friday, and the two talked about the salacious allegations against Donald Trump from the controversial Christopher Steele Dossier.

As Comey recalled his briefings with Trump on the “golden shower” rumor, he described the weirdness of the situation as “almost an out-of-body experience for me.” As Comey remarked on how strange it was that Melania Trump thinks the tape could exist, Stephanopoulos asked him whether he believed Trump’s denial of the whole thing.

His answer: “I honestly never thought these words would come out of my mouth, but I don’t know whether the current president of the United States was with prostitutes peeing on each other in Moscow in 2013. It’s possible, but I don’t know.”