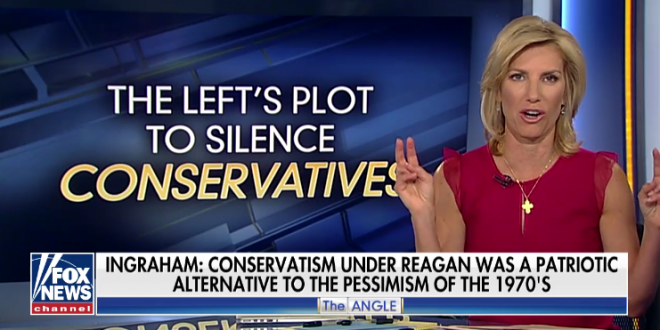 Laura Ingraham’s mass exodus of advertisers is picking up steam, as IBM quietly pulled its advertising from “The Ingraham Angle.” “IBM no longer advertises on the show you referenced,” a spokesman for the company told TheWrap. The tech company becomes the 23rd sponsor to boycott the show in recent days. Ingraham didn’t mention the Hogg dispute on her subsequent shows, but on March 30, she announced she was taking a week off for what she called an Easter vacation with her family.

.@Arbys keep in mind that what you sponsor is what you support in public discourse. For these other advertisers, a TV show host with a massive platform shouldn’t be insulting teen mass shooting survivors or espousing xenophobia. Please reconsider your position. https://t.co/sfBHSCkKJy

.@redlobster, please reconsider your support of Laura Ingraham’s show and support, instead, civil and productive discourse. TV hosts who use their considerable clout to make fun of teenage school shooting victims are not deserving of your brand. Thank you. pic.twitter.com/yRkXJjmZaR