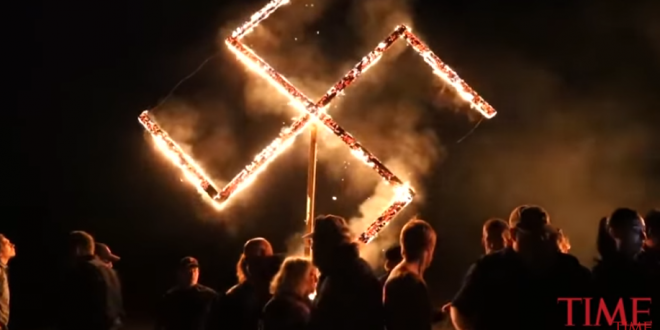 Former Democratic National Committee chairman Howard Dean on Tuesday referred to a group of neo-Nazis rallying in Georgia over the weekend as “Trump base voters.” Dean, a frequent critic of President Trump, retweeted a link to a Time Magazine article about the neo-Nazi rally with the comment: “Trump base voters.”

Dean, who ran for president in 2004, has had harsh words for the Trump administration in the past, accusing the president of “running a criminal enterprise” out of the White House and referring to his cabinet as “incompetent doofuses.”

This happened yesterday in the United States of America. https://t.co/eOKxPi5aHf