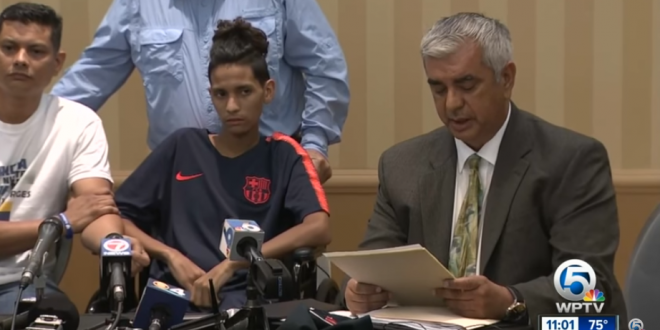 About two weeks after he was released from the hospital, 15-year-old Anthony Borges, who was shot protecting his classmates, became the first Parkland victim to file a lawsuit against an array of parties for negligence. Borges was shot five times, three times in the leg and twice in the torso, barricading the door of his classroom, where 20 other students were hiding, when gunman Nikolas Cruz opened fire in Marjory Stoneman Douglas High School on Valentine’s Day, killing 17 people, the complaint states.

The complaint, filed Tuesday in Broward Circuit Court, lists seven defendants, including Cruz, the family who housed him after his mother died, his mother’s estate, and several mental health centers that treated him before the massacre. All parties except the gunman are accused of acting negligently and failing to stop the 19-year-old from taking his AR-15, walking into his former high school, and killing 17 people.