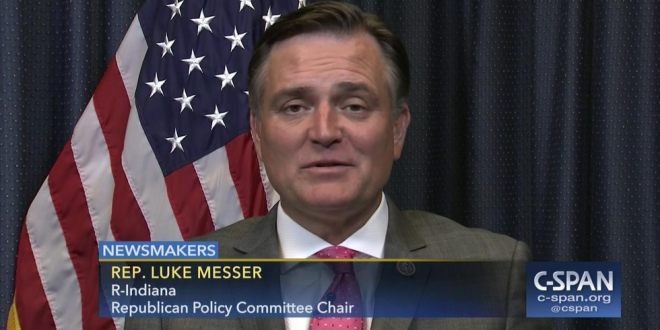 An Indiana GOP lawmaker is actively working to nominate President Trump for the Nobel Peace Prize as talks between North and South Korea progress. Rep. Luke Messer announced Friday that he is gathering support from his congressional colleagues to formally nominate Trump.

“We are seeing unprecedented progress toward peace, and it’s a direct result of President Trump’s strong leadership.” Messer said in a statement. “Following this historic announcement, President Trump should get the Nobel Peace Prize. Our peace through strength strategy is delivering never before seen results.”

Donald Trump convinced North Korea and China he was serious about bringing about change.

We’re not there yet, but if this happens, President Trump deserves the Nobel Peace Prize. https://t.co/XlXWRp2TrI

Previous Russian Lawyer Who Offered Dirt On Hillary To Trump Team Admits Ties To Kremlin: I Am Their Informant
Next Paul Ryan Forces Out House Chaplain After Prayer That “There Are No Winners And Losers In New Tax Laws”