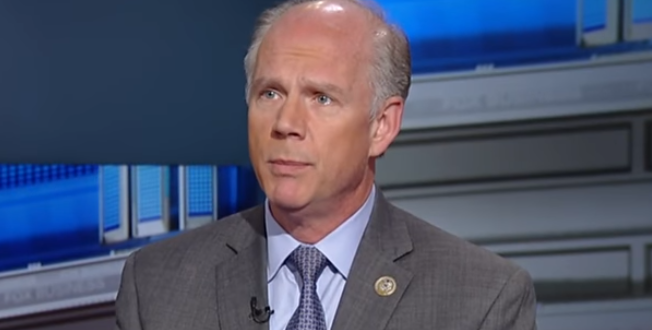 A Republican congressman from Staten Island plans to introduce a bill that would require post offices to display photos of the president and vice president.  A draft of his new legislation says it would require official portraits of the two to be displayed side-by-side.

Donovan is facing a primary from former Rep. Michael Grimm, who spent eight months in prison after pleading guilty to tax fraud. Grimm, who once threatened to throw a reporter off a balcony, finished his prison sentence in 2016.

This fool is also in the news for other reasons this week:

New York Rep. Dan Donovan is fighting allegations that he used his political power for family gain, and claims GOP challenger and former congressman Michael Grimm is behind the complaint.

The Republican, who represents Staten Island and parts of Brooklyn, is the center of a federal ethics investigation after an anonymous tipster told congressional investigators that Donovan used his political power to help his girlfriend Serena Stonick’s son beat a drug charge in December 2015.

Donovan disputed the claim in a news conference Monday as he stood next to Stonick. “I have never used my office for anything other than the purpose in which I hold it — to represent the people who sent me to Washington,” he said.