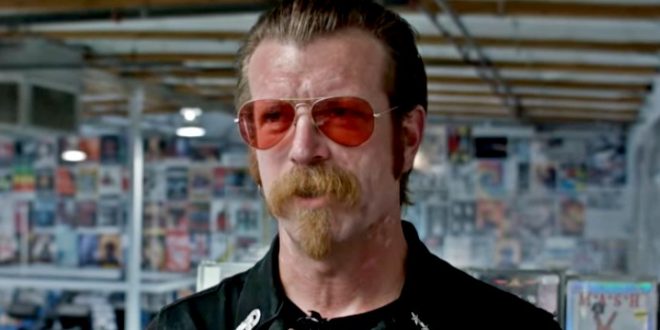 In the spirit of Holy Week, Jesse Hughes attempted to walk back his attack on the Marjory Stoneman Douglas High School students. The Eagles of Death Metal front man blasted the March For Our Lives protests in now-deleted Instagram comments that accused the “pathetic and disgusting” students of “playing hooky at the expense of 16 of your classmates blood.” He also shared a fake photo of survivor Emma González ripping up the Constitution.

From his video apology:

“Recently I made some posts on my Instagram that did not communicate how I feel about a variety of topics. What I had intended to be a statement about the hijacking by any side of the aisle of the beautiful agenda of a movement of our nation’s youth came off seeming like a mean-spirited and personal attack and slight of the youth themselves and even a personal attack of its leadership.

“I wanna be clear, I never intended for that to happen. I was not attempting to impugn the youth of America and this beautiful thing they’ve accomplished. I truly am sorry, I did not mean to hurt anyone or cause any harm. As someone who’s watched their friends shot in front of their eyes and seen people killed that they love, I should have handled this a lot more maturely and responsibly and I did not do that. I messed up.”

In 2015 Hughes and his band were onstage in Paris when ISIS-affiliated terrorists opened fire on the audience, killing 89 people. His Instagram posts from last week included attacks on transgender rights and a declaration that “Donald Trump will be your president for seven more years.”

Previous Zuckerberg Hits Back At Apple: Just Because Facebook Is Free Doesn’t Mean We Don’t Really Care About You
Next Saks, Lord & Taylor Hit With Massive Data Breach