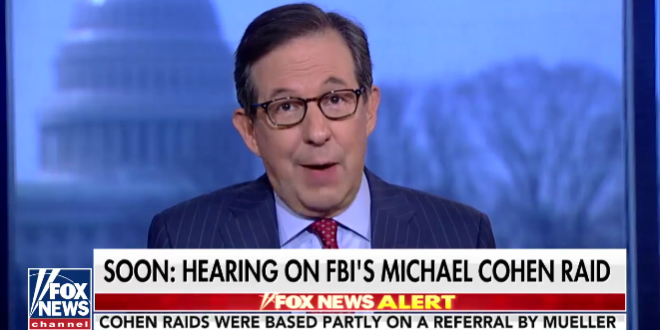 “At one point he says while he thinks the president’s behavior may have been unethical, it may not have been illegal. The other thing that surprises me frankly is how bitchy the book is. Comey goes out of his way to say the president isn’t as tall as he thought he was. He checked out the size of his hands the first time they shook hands. That he noticed the president seemed to have little white half moons under his eyes, maybe he had sun tanning goggles that he wore.

“One could argue that by getting into that kind of political food fight that James Comey has done more damage to his own reputation than he has to President Trump’s. – Fox News anchor Chris Wallace, speaking on today’s show.  As you can see, the RNC has already approvingly tweeted out Wallace’s attack and the clip below now appears on the GOP War Room’s channel on YouTube.

Chris Wallace: I’m surprised how “bitchy” Comey’s book is, there’s nothing new in it https://t.co/uCnPU8A9pZ pic.twitter.com/dufkDeJbIG

Chris Wallace: “It seems to me that the real story in this book is that there’s no new hard evidence of any crime, of anything illegal, and it doesn’t really change the equation on President Trump.” pic.twitter.com/EsDNqc9Rle