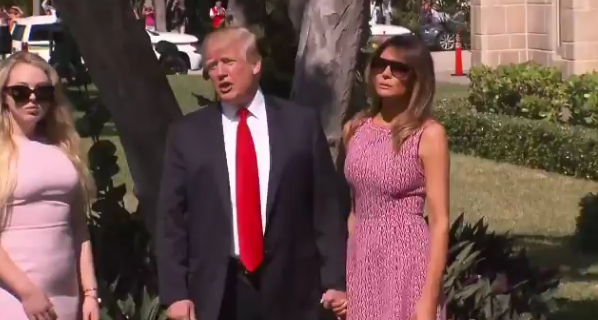 FLORIDA: Man Rants About Immigrants On Way To Celebrate Jesus With Immigrant Wife He Cheated On

People gathered outside Bethesda-by-the-Sea in Palm Beach just before service started. Many showed up to attend the 11 a.m. service in hopes to see Donald Trump.

“Mexico has got to help us at the border … A lot of people are coming in because they want to take advantage of DACA,” President Trump says before going into church on Easter morning. pic.twitter.com/WimSVUylrZ

Previous David Shulkin: No, I Did Not Resign [VIDEO]
Next KANSAS: School Staffers Who Identify Armed Teachers Face 30 Days In Jail Under Proposed Republican Bill