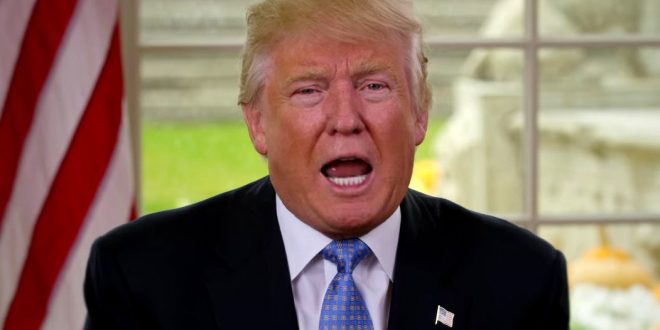 Congressional Democrats blasted President Donald Trump on Friday night for circumventing Congress in authorizing U.S. strikes against Syria, calling it “unconstitutional” and questioning the strategy. Many Republicans, on the other hand, applauded the president’s move. Sen. Tim Kaine, D-Va., who has pushed Congress to pass a new authorization for the use of military force, deemed the president’s action “illegal” because he proceeded without approval from lawmakers.

“President Trump’s decision to launch airstrikes against the Syrian government without Congress’s approval is illegal and — absent a broader strategy — it’s reckless,” Kaine, the 2016 Democratic vice presidential nominee, said in a statement. “Today, it’s a strike on Syria — what’s going to stop him from bombing Iran or North Korea next? The last thing Congress should be doing is giving this president a blank check to wage war against anyone, anywhere.”

British Prime Minister Theresa May faced a backlash from the domestic opposition after launching military strikes Saturday on Syria without consulting parliament. As the Conservative leader explained her rationale for the airstrikes, opposition parties claimed the attacks were legally dubious, risked escalating conflict and should have been approved by lawmakers.

The shadow of the 2003 invasion of Iraq still lingers in the corridors of Britain’s parliament, when MPs backed then-prime minister Tony Blair in joining US military action. “Bombs won’t save lives or bring about peace,” said Jeremy Corbyn, the veteran leftist leader of the main opposition Labour Party. “This legally questionable action risks escalating further… an already devastating conflict.Theresa May should have sought parliamentary approval, not trailed after Donald Trump.”

While Bashar al-Assad must be held accountable for his unlawful use of chemical weapons against civilians, the strikes that are being carried out are being done without an authorization from Congress, which is unacceptable

I released the following statement today regarding the evolving situation in Syria: pic.twitter.com/YmCffNDpxg

.@realDonaldTrump must come to Congress to obtain a new AUMF, present a clear set of objectives, & ultimately hold Putin accountable for the bloodshed he has enabled. https://t.co/Mwdwbs289X pic.twitter.com/9f3AB1SJnX

Trump’s decision to launch airstrikes against Syria without Congress’s approval is illegal. We need to stop giving presidents a blank check to wage war. Today it’s Syria, but what’s going to stop him from bombing Iran or North Korea next?