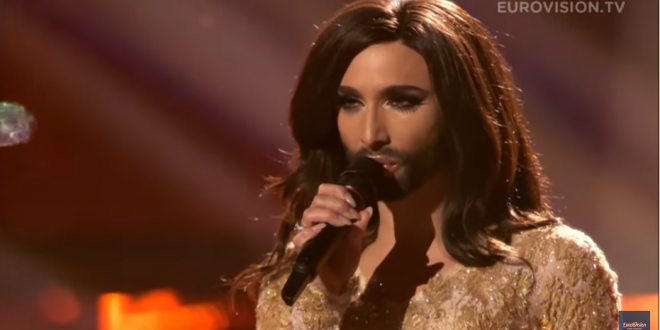 Eurovision winner Conchita Wurst says she is HIV positive, and has been receiving regular treatment for “several years”. The 29-year-old star said she had intended to keep the information private, but an ex-boyfriend had “threatened to go public”.

“I will not give anyone the right to frighten me and influence my life,” she wrote on Instagram. “Coming out is better than being outed by a third party.”

Wurst added that regular treatment had suppressed the virus to the extent it could no longer be detected in her blood – and could no longer be passed on. “I hope to give others courage and to take another step against the stigmatization of people who, through their own behaviour or that of others, have become infected with HIV,” she added.

Eurovision’s @ConchitaWurst has posted on Instagram about living with HIV, following threats from a former partner to reveal her status.

This kind of threat is wholly shameful and underlines the abhorrent stigma that still surrounds HIV. Our comment: https://t.co/arpBixl3Xl pic.twitter.com/TvI7gAhj0z

It’s shameful that @ConchitaWurst was forced to disclose her HIV status but I’m grateful that already she is seizing the opportunity to dispel ignorance & fear by affirming that HIV undetectable = untransmittable. #UequalsUhttps://t.co/jvUj4QxIBZ

Outing – or threatening to out – someone as HIV-positive is an abusive and cruel betrayal. Conchita is so brave for taking this into her own hands, but should never have had to make that decision. Even when the victim of such cruelty, she has risen like a beautiful phoenix ❤️ https://t.co/gI3pIxtjNo