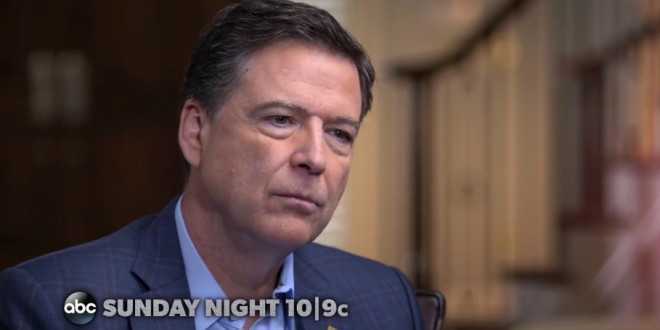 A source present at the taping says James Comey’s interview with ABC’s George Stephanopoulos, airing Sunday at 10 p.m. as a “20/20” special, is “going to shock the president and his team.” In an ABC promo, Stephanopoulos says Comey compared Trump to a mob boss. According to the source, the Comey interview left people in the room stunned — he told George things that he’s never said before. Some described the experience as surreal. The question will be how to fit it all into a one-hour show.