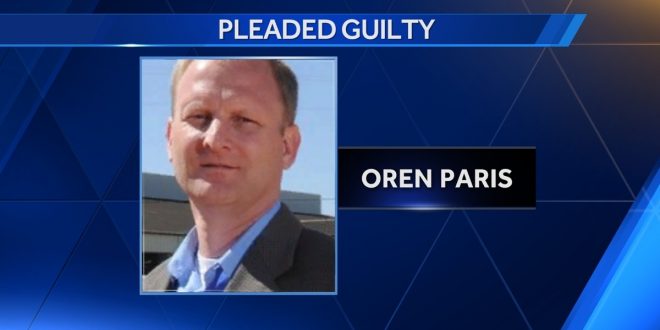 Paris’ plea change took place 2½ hours before the last scheduled pretrial hearing began in the case. Paris agreed to testify for the government against his former co-defendants. The Justice Department alleges Paris paid Woods and then-state Rep. Micah Neal of Springdale kickbacks in return for $550,000 in grants from them to his college from 2013 through 2014.

All three defendants initially entered innocent pleas. Woods and Shelton face up to 20 years in prison on the fraud and conspiracy charges, if convicted. Woods faces an additional 10 years on the money-laundering charge, if convicted. Arkansas legislators gave nearly $700,000 of taxpayers’ money from the state’s General Improvement Fund to the private Christian college in Springdale. Nine Northwest Arkansas legislators requested $592,500 for the school. Woods directed the most, at more than $350,000.

After his arrest last year, Paris’ college issued a statement:

We are in unanimous agreement that Dr. Paris should continue in his mission as president of Ecclesia College through these challenging times. And to Oren, let us remind him what the Book of Isaiah tells us: ‘No weapon formed against you will succeed, and you will refute any accusation raised against you in court. This is the heritage of the Lord’s servants, and their righteousness is from Me. This is the Lord’s declaration.’

In April 2013 Paris sent a text message to Woods with talking points intended to convince lawmakers to support Ecclesia. “Good selling point to conservative legislators is that [the college] produces graduates that are conservative voters,” the text message said, according to the indictment. “All state and secular colleges produce vast majority liberal voters.” Woods replied that he agreed, the indictment said.