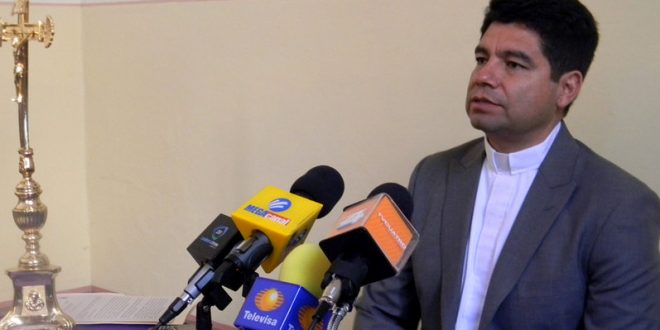 A Catholic priest was sentenced yesterday to 90 years in jail for aggravated rape, sexual harassment, sexual abuse, sexual exploitation and corruption of minors. Jorge Raúl Villegas Chávez, 50, the confessor and spiritual guide for the students of an all-girls’ private school in Guanajuato, was arrested in February last year after two mothers filed criminal complaints, charging him of abusing their two daughters, both under 14. Three more accusations followed against Villegas, formerly the official spokesperson for the archdiocese of the city of León, revealing that he had preyed on boys and girls alike aged 10 to 16 at Colegio Atenas in Irapuato.