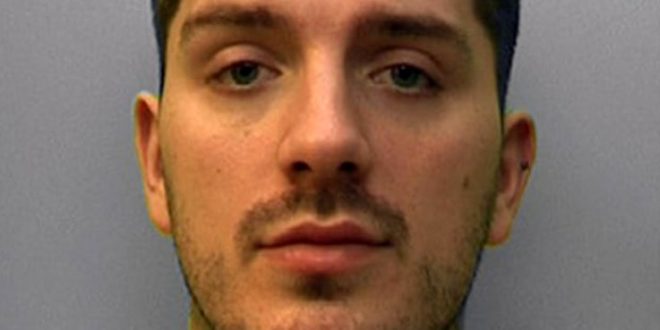 A hairdresser has been handed a life sentence with a minimum term of 12 years at Brighton crown court after deliberately trying to infect 10 men with HIV. Daryll Rowe, 27, from Brighton, showed no emotion as he was sentenced for five charges of causing grievous bodily harm with intent and five of attempting to do so.

After being diagnosed in April 2015 in his home city of Edinburgh, Rowe met men on the gay dating app Grindr and had sex with eight of them in Brighton, East Sussex, between October that year and February 2016, before fleeing to the north-east where he went on the run from police, targeting two more men.

He would tell his victims – who he met on Grindr – that he was free of the virus, and then attempt to use tampered condoms during sex in a bid to infect them. One victim told the court on Wednesday that his encounters with Rowe – who would goad the men with abusive text messages after meeting them – had left him contemplating suicide.

“I think about committing suicide all the time,” said the man, who is now HIV-positive. One of his 10 victims – of which five are now HIV-positive – told the court: “Every day I think of this life sentence I’ve found myself in.

There’s much more at both links.