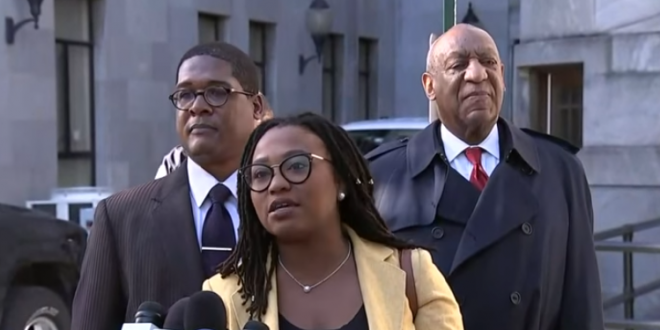 Bill Cosby was convicted Thursday of drugging and raping Andrea Constand at his Pennsylvania home in 2004, marking a new fall from grace for a comedian who built his reputation as America’s Dad.

The jury for Cosby’s first rape trial was unable to reach a verdict last year, however, this time, the jury of seven men and five women voted after about 14 hours of deliberation to convict the 80-year-old comedian on three counts of sexual assault after prosecutors were allowed to call five additional accusers to the stand.

Cosby now faces the prospect of spending the rest of his life behind bars if he is given the maximum sentence of 30 years in prison.

Bill Cosby is found guilty in the sexual assault trial of Andrea Constand .
He was convicted of 3 counts of indecent sexual assault

JUST IN: After 12 days of testimony, Bill Cosby has been found guilty of aggravated indecent assault. ‘America’s dad’ could now face up to 30 years in prison when sentenced. pic.twitter.com/Zz4CzeeK0J

Previous Zircon & Burlap Lie Under Oath Before Congress
Next Trump 2020 Campaign: Be Like “Free Thinker” Kanye West And Buy A MAGA Hat, Don’t Let Them Silence You