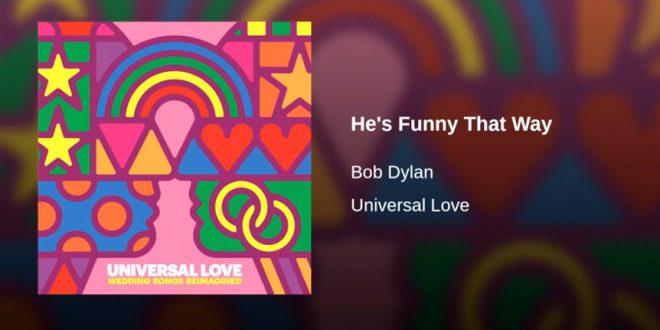 Shortly after the Supreme Court legalized same-sex marriage in 2015, Justice Antonin Scalia attended a party where he signaled his displeasure by singing Bob Dylan’s “The Times They Are a-Changin’.” “He sang with great verve,” Justice Ruth Bader Ginsburg told The Washington Post at the time.

Now Mr. Dylan himself is crooning about same-sex love. As part of a new EP called “Universal Love,” he rerecorded the 1929 song “She’s Funny That Way,” from the Great American Songbook catalog, but switched the pronoun to “He’s Funny That Way.”

The six-track set, to be released April 6, also features Kesha, St. Vincent and other noted musicians covering well-known pop hits with a same-sex twist. The performers represent a mix of gay and straight artists.

Hit the link for much more about the project and its songs. Dylan reportedly not only instantly agreed to participate, he already had the song below in mind.

NOTE: Benjamin Gibbard is the lead singer of Death Cab For Cutie. Kele Okereke is the frontman for Bloc Party.