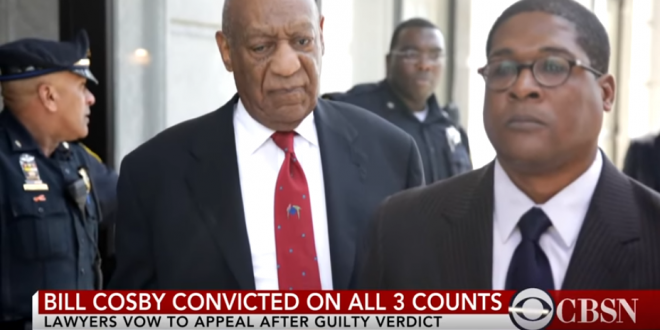 Two days after his conviction, Bill Cosby has already started life as an inmate — though his surroundings are far nicer than they likely will be in a few months. A judge says Cosby will be confined to the same suburban Philadelphia mansion where jurors concluded he drugged and molested a Temple University women’s basketball administrator, ordering him to be outfitted with a GPS ankle bracelet to monitor compliance.

Until sentencing, Judge Steven O’Neill ruled Friday, the 80-year-old comedian may leave his house only to meet with his lawyers or go to the doctor, and he must get permission first. It was the latest sign that Cosby’s past — a sordid double life that gave lie to his carefully cultivated image as America’s Dad — had finally caught up with him.

Cosby was convicted Thursday of three counts of aggravated indecent assault and now faces the prospect of spending the rest of his life behind bars. His team blasted the retrial as a “public lynching” and began looking ahead to an appeal.