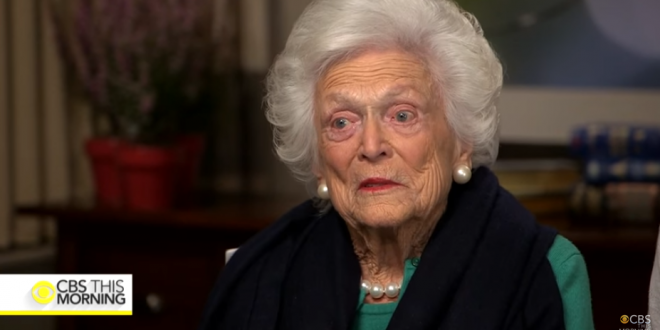 Former first lady Barbara Bush will not seek additional medical treatment after a series of recent hospitalizations, a family spokesman said Sunday. In a statement, the spokesman said Bush, 92, would instead focus on “comfort care” after consulting with doctors and family members.

It wasn’t immediately clear what Bush, the wife of former President George H.W. Bush, had been hospitalized for. “It will not surprise those who know here that Barbara Bush has been a rock in the face of her failing health, worrying not for herself — thanks to her abiding faith — but for others,” the statement said.

So sorry to read former First Lady Barbara Bush, who is 92, is entering palliative care