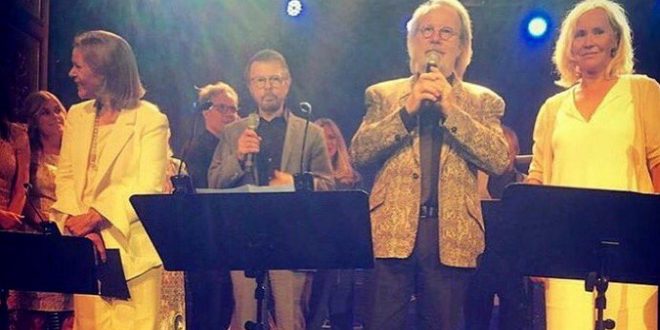 ABBA have announced that they have written and recorded their first new songs since they split in 1982. The Swedish four-piece, who had nine No 1 hits in the UK between 1974 and 1980, and who have sold hundreds of millions of records worldwide, announced on Instagram that they had recorded two new songs for a project in which avatars of the band will perform.

The band said in a statement: “The decision to go ahead with the exciting ABBA avatar tour project had an unexpected consequence. We all felt that, after some 35 years, it could be fun to join forces again and go into the recording studio. So we did. And it was like time had stood still and we had only been away on a short holiday. An extremely joyful experience!”

ABBA is recording new stuff, believe it or not: https://t.co/0C6G30ZOGH