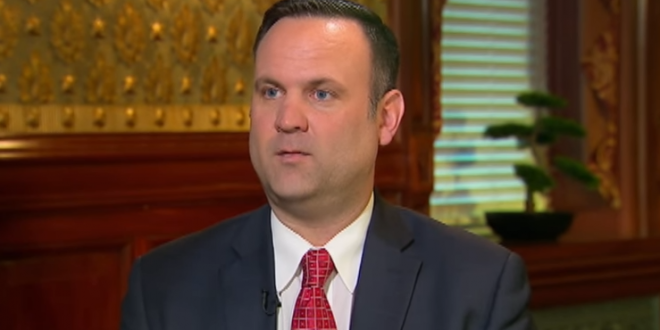 Jennifer Scavino, the wife of Dan Scavino, an aide to President Donald Trump who serves as White House social media director, filed for divorce in late January 2018, county records reveal. Scavino, who is one of Trump’s closest aides, holds the title of assistant to the president, the highest-ranking staff position in the White House, one that he shares with aides like Kellyanne Conway, White House Counsel Don McGhan, and Trump’s son-in-law Jared Kushner, among others.

Scavino, 42, has a long history with Trump and the Trump family. He met then- businessman Donald J. Trump in 1990, when he served as his caddie, and later served as the general manager of one of his golf clubs. Scavino was just 16 years old at the time. A June 2017 profile of Scavino in Politico characterized him as “the president’s mini-me, a man whose bombast, impulse control and instinct for a good punch match those of his boss.”

RELATED: Shortly after the 2016 election, cable news host Megyn Kelly revealed that she had hired armed guards due to death threats she’d received after urging Scavino to rein in his army of trolls.