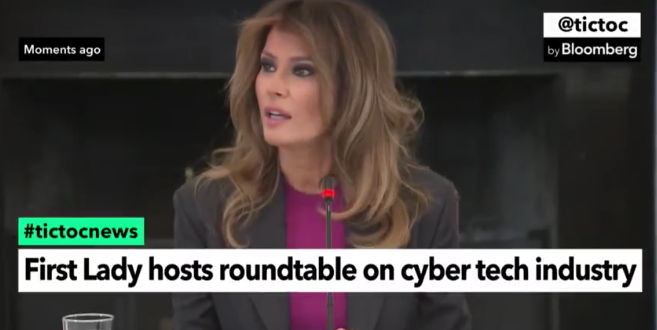 Wife Of Cyberbully Hosts Cyberbullying Summit: I’m Well Aware People Are Skeptical Of ME Discussing This

First lady Melania Trump, wife of one of the most prolific Twitter agitators, acknowledged criticism of her stance against cyberbullying during an event on the topic Tuesday with technology leaders.

“I’m well aware that people are skeptical of me discussing this topic,” Trump said in her opening remarks during the summit at the White House. “I have been criticized for my commitment to tackling this issue and I know that will continue.”

The remarks appeared to address the contrast between her position against verbal attacks online and the fact that her husband, President Donald Trump, has frequently used Twitter to deride and mock his detractors.

Previous Cambridge Execs Caught On Tape: We Ran “All The Digital Campaign” For Trump, CEO Canned [VIDEO]
Next Kim Davis: The Media Unfairly Paints Me As A Terrible Person, But I Actually Love Those Sinful Homosexuals