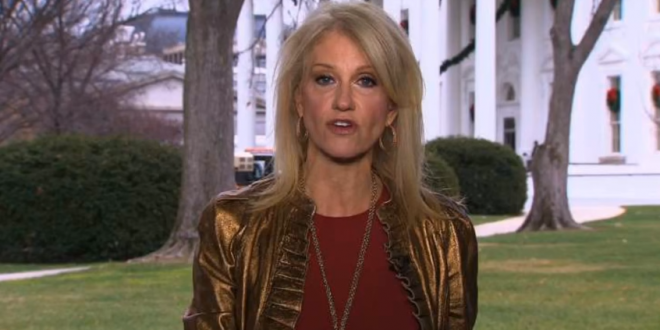 “Kellyanne Conway did not advocate for or against the election of any particular candidate,” the White House statement, attributed to deputy press secretary Hogan Gidley, says. “She simply expressed the President’s obvious position that he have [sic] people in the House and Senate who support his agenda.”

In an Orwellian twist, the statement concludes by asserting that Conway’s violation of the Hatch Act illustrates her desire to comply with the Hatch Act.

But White House’s claim that Conway “did not advocate” for the election of Moore — who was defeated by Democrat Doug Jones after numerous women came forward to accuse him of sexual assault, including child molestation — is absurd. During a Fox & Friends appearance in November, she told viewers, “Doug Jones in Alabama? Folks, don’t be fooled.”

As you’ll see in the clip below, Conway vigorously urged Alabama voters to turn out for Roy Moore, just as she later did during a CNN appearance after being warned by the US Office of Special Counsel.