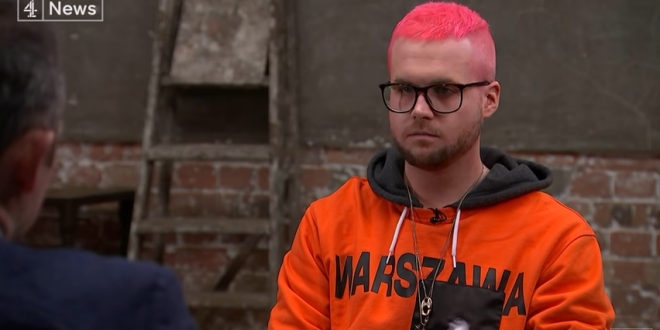 SCL, Cambridge Analytica’s predecessor, had access to secret UK information and was singled out for praise by the UK Ministry of Defence for the training it provided to a psychological operations warfare group, according to documents newly released by MPs.

The document also noted that SCL – which was subsequently rebranded as Cambridge Analytica by Steve Bannon – was a company that was permitted to have “routine access to secret information” and delivered a training programme that included a “classified case study from current operations in Helmand” in Afghanistan.

The official British note of approval was one of over 100 pages of documents handed over to the digital, media, culture and sport select committee by Cambridge Analytica whistleblower Christopher Wylie earlier this week, following a oral hearing that lasted nearly four hours.

The global reach of Cambridge Analytica (CA) and its parent company, SCL Group, ranged from Southeast Asia to the US and the UK. But it is in India, the globe’s biggest democracy, where the political consultant to Donald Trump’s 2016 campaign may have attempted its most telling operation.

According to documents obtained by Quartz, SCL claimed to employ as many as 300 permanent staff and 1,400 consultant staff prior to the country’s 2014 general elections, which were swept by the Bharatiya Janata Party (BJP) of prime minister Narendra Modi.

Ahead of the elections, SCL targeted India’s major parties by pitching a setup of “the most sophisticated political research and data hub” in the country.

According to Cambridge Analytica, it already deleted the Facebook data it collected from 50 million users years ago — it even announced that it’s undertaking a third-party audit to verify that claim. Based on a new report by UK broadcaster Channel 4, though, that might not be true at all. The broadcaster says it has discovered a cache of the data CA harvested, and it contains information on 136,000 individuals from Colorado, including their personality results and psychological profiles created from the info the firm collected.

The information in the cache Channel 4 saw was gathered a few years ago, dating as far back as 2014, which is in line with CA’s data collection timeframe. Channel 4’s source said Colorado Republicans used that data set to target voters in the state. They also said that the list is known to have been “passed around using generic, non-corporate email systems, outside of the servers of Cambridge Analytica, and linked company SCL.”

Indian press picking up that Cambridge Analytica worked for the Congress Party – and it’s causing a storm. Spotted hanging on the wall in Cambridge A’s office when I was there recently with @BBCTwo… https://t.co/2s0LEmw4QK pic.twitter.com/guw1EWgQf8

Previous Trump And RNC Advertise On InfoWars Channel
Next David Shulkin: I Got Fired Because I Was Seen As An Obstacle To Privatizing The Veterans Administration