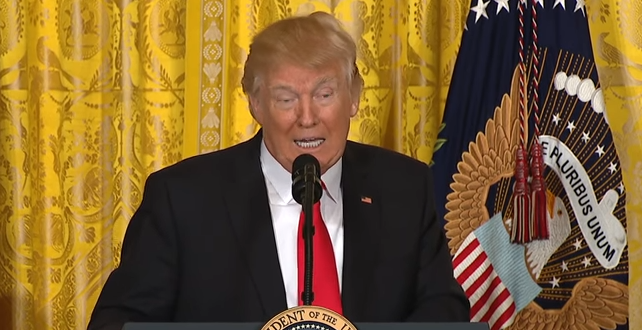 The Trump administration is finalizing a long-awaited plan that it says will solve the opioid crisis, but it also calls for law enforcement measures — like the death penalty for some drug dealers — that public health advocates and congressional Republicans warn will detract from efforts to reverse the epidemic.

The ambitious plan, which the White House has quietly been circulating among political appointees this month, could be announced as soon as Monday when President Donald Trump visits New Hampshire, a state hard hit by the epidemic.

It includes a mix of prevention and treatment measures that advocates have long endorsed, as well as beefed-up enforcement in line with the president’s frequent calls for a harsh crackdown on drug traffickers and dealers.

Previous REVEALED: Mnuchin Spent $1M On Military Flights
Next Only Half Of Trump Voters Say It Would Be Immoral To Cheat On Melania, Only 20% Believe Hush Money Story