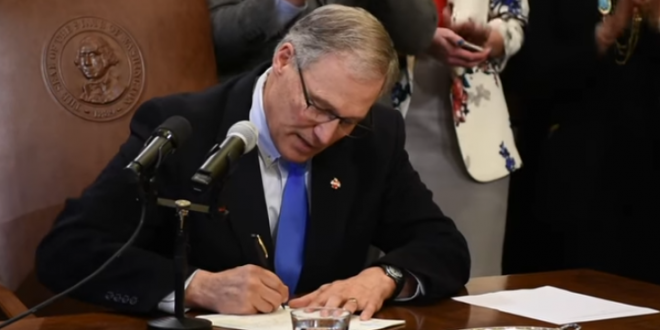 “Today, Washington State takes a huge step forward in protecting LGBTQ children by banning this backwards practice, which not only puts the lives of LGBTQ children at risk, but has been rejected by the medical community time and again.

“It would not have been possible for Governor Inslee to sign this bill into law without the support of the new Democratic state Senate. Last fall, Washington voters elected Manka Dhingra to the state Senate, which flipped control of the chamber and gave Democrats full control of the state government. In just a few months, Washington Democrats expanded protections for the LGBTQ community and fought for voting rights, equal pay, gun safety and net neutrality.

“The DNC was proud to invest in the Washington Democratic Party to support their efforts in electing Democrats up and down the ballot, including Manka Dhingra’s bid for the Washington state Senate. When Democrats lead with our values, organize early and reach voters in every ZIP code – we win.”

RELATED: The Maryland Senate today also banned ex-gay torture in a 34-12 vote. The bill now goes to the Maryland House.

Gov. Jay Inslee about to sign state ban on so-called “gay conversion therapy.” “We will be protecting our children,” says @GovInslee #waleg pic.twitter.com/zEwzedL7MM