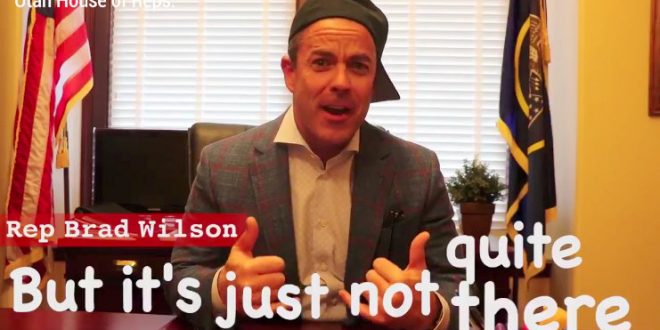 UTAH: Republicans Record Rap Clip On Legislative Process And It’s Worse Than You Would Think [VIDEO]

Somehow I missed this yesterday.

Utah has never been known as a launchpad for hip-hop music, and if a mock rap video released by a group of state lawmakers is any indication, there’s a good reason for that. The state’s Republican-controlled House of Representatives released a video ostensibly meant to educate citizens about how a bill becomes a law, set to the beat of Will Smith’s “The Fresh Prince of Bel-Air” theme.

We probably don’t need to tell you how terrible it was, and we certainly won’t waste precious words repeating the dismal rhymes offered up by some 20 lawmakers. Even in an era of awful amateur rap videos made by people appropriating the style for their own agendas, it stood out for how awkward and ill-fitting the lawmakers looked doing a cheap sendup of what they thought rap music was about.