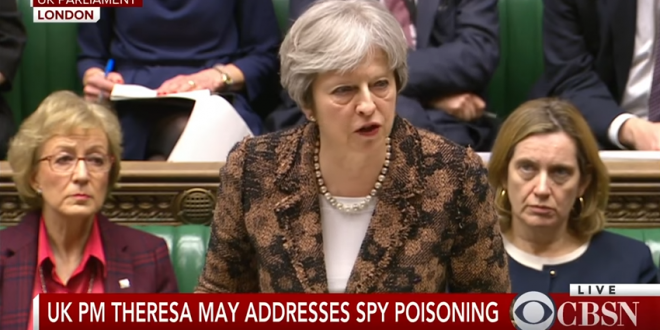 The UK is to expel 23 Russian diplomats, consider new laws to combat spying and impose sanctions in response to the nerve agent attack in Salisbury, Theresa May has said. Announcing a sweeping response to the attempted murder of Sergei Skripal and his daughter, the prime minister told parliament the expulsions were the biggest such move for 30 years.

The UK would also cut off all top-level ties with Russia, and would send no ministers or royals to the World Cup this summer, she said. May said Russia had treated a UK request to explain how the military-grade nerve agent novichok was used in the attack with “sarcasm, contempt and defiance”, and had offered no credible explanation for it.

May told MPs that Russia had shown “complete disdain for the gravity of these events”. She said: “There is no alternative conclusion other than the Russian state was responsible for the attempted murder of Mr Skripal and his daughter.”