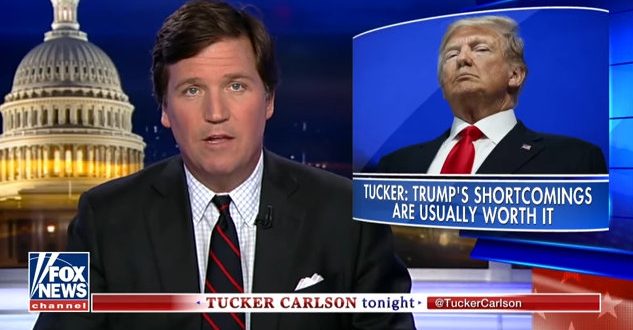 Tucker Carlson Rips Trump: If Obama Said To Ignore Due Process, We’d Have Called Him A Dictator [VIDEO]

After criticizing the president for expressing support for a raise in the age limit to buy guns — calling that proposal “sneaky propaganda” that won’t save lives — he then took issue with Trump suggesting some lawmakers are puppets of the NRA. That is when he brought up POTUS’s “due process” line.

“Now, I mean, how honest do you want to be?” Carlson pondered. “Imagine if Barack Obama had said that? Just ignore due process and confiscating guns? Obama would have been denounced as a dictator.” He continued, “We would have denounced him first, trust me. Congress would be talking impeachment. Some would be muttering secession.”