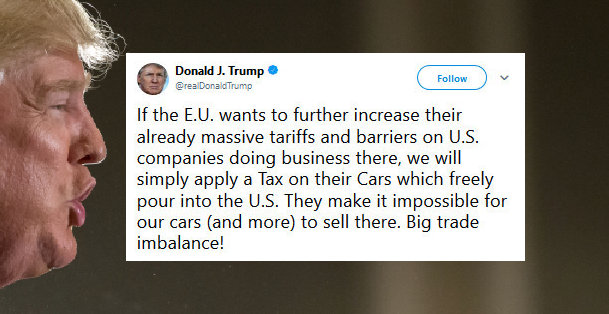 President Trump threatened a new tax on cars imported from the European Union on Saturday, in response to threats of retaliation against new U.S. tariffs.

If the E.U. wants to further increase their already massive tariffs and barriers on U.S. companies doing business there, we will simply apply a Tax on their Cars which freely pour into the U.S. They make it impossible for our cars (and more) to sell there. Big trade imbalance!