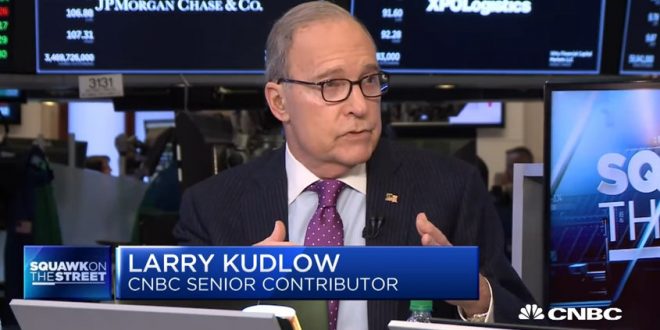 Conservative economist Larry Kudlow will replace Gary Cohn as National Economic Council director and become the top economic adviser to President Donald Trump according to a new report. Multiple reports say that Kudlow, who is a CNBC contributor, will be named NEC director as soon as Thursday.

Trump suggested that the offer was imminent while talking to reporters on Tuesday. “I’ve known him a very long time. We don’t agree on everything, but I think in this case I think that’s good because I want a divergent opinion,” Trump said.

Larry Kudlow will reportedly be named Trump’s top economic adviser. He isn’t an economist, but he does play on one TV: https://t.co/kkeCNVy7Ap pic.twitter.com/eyd0Pv4BnC