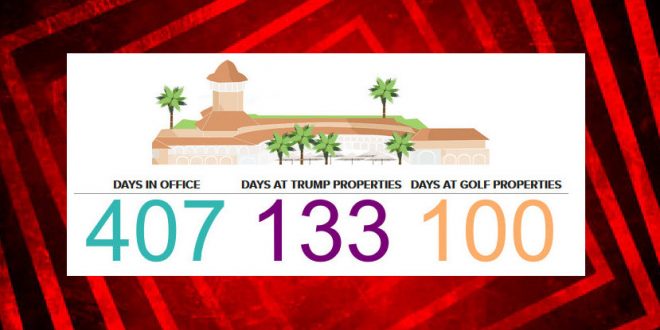 President Donald Trump reached a presidential milestone at his Palm Beach County, Florida, golf club on Saturday: One hundred days in office at a golf club that bears his name.

Trump, once a critic of presidential golfing, has ignored his own advice and made a habit of visiting some of the many golf courses emblazoned in his moniker. The habit is part of the broader trend of the President and first lady making frequent trips to properties owned and operated by the Trump Organization.