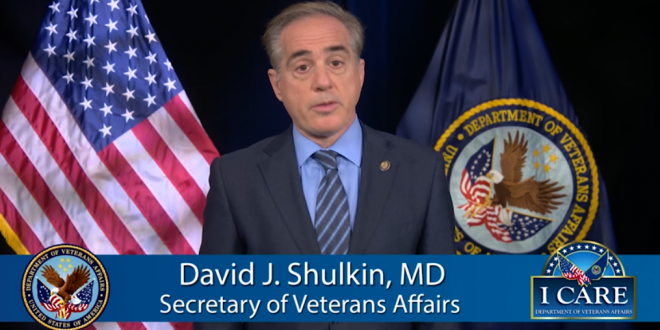 He had been locked for months in a power struggle with a group of Trump political appointees among his senior staff who wanted him out. His ouster suggests they won the president over in the end, convincing Trump that the 58-year-old former hospital executive and Obama appointee was the wrong fit to lead the agency and too moderate.

Shulkin himself provided the critical opening that led to his downfall. After touting Trump’s campaign pledges to increase accountability at the VA, he balked at the results of an investigation released last month that found he and his staff had committed ethics violations in planning and taking a European trip last year.

Veterans Affairs Secretary David J. Shulkin’s chief of staff doctored an email and made false statements to create a pretext for taxpayers to cover expenses for the secretary’s wife on a 10-day trip to Europe last summer, the agency’s inspector general has found.

Vivieca Wright Simpson, VA’s third-most senior official, altered language in an email from an aide coordinating the trip to make it appear that Shulkin was receiving an award from the Danish government — then used the award to justify paying for his wife’s travel. VA paid more than $4,300 for her airfare.

I am pleased to announce that I intend to nominate highly respected Admiral Ronny L. Jackson, MD, as the new Secretary of Veterans Affairs….

….In the interim, Hon. Robert Wilkie of DOD will serve as Acting Secretary. I am thankful for Dr. David Shulkin’s service to our country and to our GREAT VETERANS!