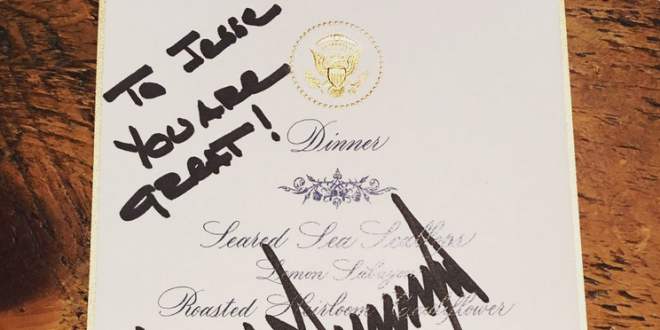 President Donald Trump welcomed Seb Gorka back into the White House—not for a job, but for a meal. The president was joined for dinner in the White House residence by Fox News personalities, including host Jesse Watters and Gorka, a former White House official and aide to former chief strategist Steve Bannon. According to a White House official and two other sources familiar with the meeting, President Trump invited Gorka and Watters because “he couldn’t get enough of them on TV,” as one source put it, and wanted to confab with them about what he’d seen on Fox News, politics, gossip, and his administration.

So you’re the president of the United States of America. You can dine with literally anyone you want to. Titans of industry. Geniuses of the arts. Tech wizards changing everything. World leaders and humanitarian saints. https://t.co/XIXzheba6Y

THE DRAGON OF BUDAPEST WILL NOT BE DENIED HIS FEAST https://t.co/8OZSg4hGs3