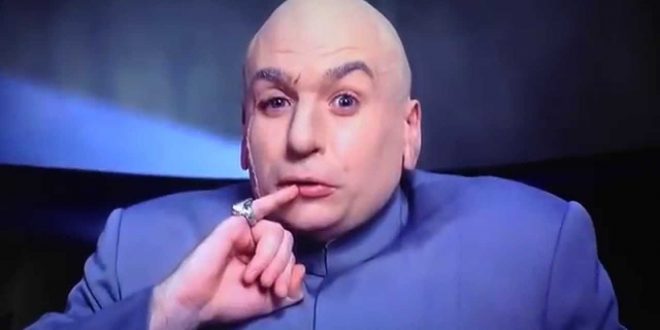 This week, Trump ventured another strange foreign policy pronouncement. He had asked China to produce a plan to reduce its trade deficit by One Billion Dollars. He even capitalized it to underscore the significance of the towering sum he proposed to extract.

This demand was incredibly puzzling to trade economists, and regular economists, and anybody who had ever read a couple paragraphs in a random business story. China runs a trade surplus of $375 billion with the United States. Trump was demanding a reduction of 0.3 percent, or less than a single day’s worth of imports.

The Wall Street Journal reports [paywall] that Trump meant to ask China for a trade deficit reduction of $100 billion, a number Trump supposedly arrived at because he just likes “round numbers.”

China has been asked to develop a plan for the year of a One Billion Dollar reduction in their massive Trade Deficit with the United States. Our relationship with China has been a very good one, and we look forward to seeing what ideas they come back with. We must act soon!