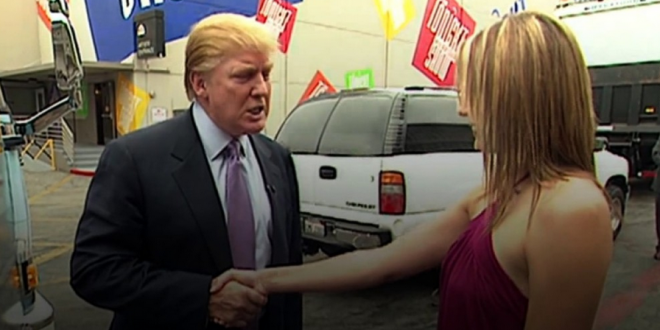 President Trump is getting a jump start on April Fools’ Day. Without a hint of irony, Trump announced Friday that next month will be dedicated to “sexual assault awareness and prevention.”

Trump, who has been accused of sexual misconduct by nearly two dozen women, said in a presidential proclamation that sex crimes remain “tragically common in our society” — and “offenders too often evade accountability.”

“We must respond to sexual assault by identifying and holding perpetrators accountable,” Trump said. “Too often, however, the victims of assault remain silent. They may fear retribution from their offender, lack faith in the justice system, or have difficulty confronting pain associated with the traumatic experience.”